We gave them 'The Moon'


The day started with Angela & John meeting with the student council to talk about what they want for the school.  They narrowed down a list of wishes to several things that they could all agree were the priority for the school.  These included a school newspaper, mosquito nets, concrete floors for the classrooms, sports equipment and school goats.

This discussion led into on the development of a school newspaper.  The group now includes the student council as well as the Writers Club that has been started at the MLSS.  The students decided to call their school newspaper 'The Moon' because the moon is bright and guides them in the dark. 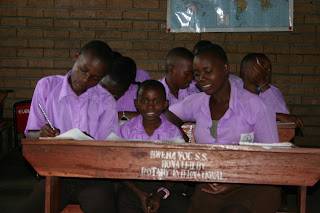 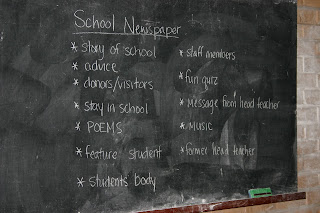 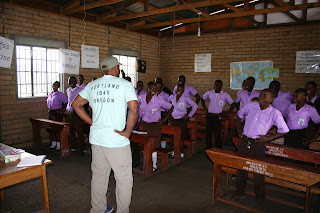 While they were meeting with the students, I met with the sewing teacher and some of the students.  One of the things I watched today was how they make patterns.  It was interesting to see the technique of folding a paper, marking the paper, folding again and then cutting. 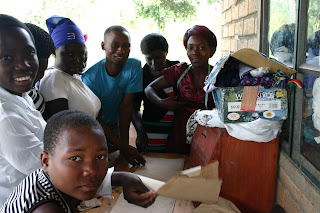 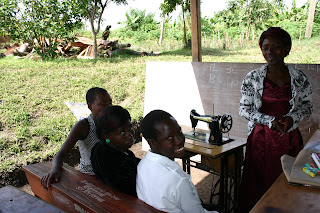 As well in the morning we started the construction of the 'tippy tap' out by the latrines.  They are also developing more land at the back of the school.  When the school was constructed all the extra soil was piled behind the school and now it is being excavated to make room for more planting and they are using the soil to make bricks for the school gate and the house for the school director.  For those of you who were involved in the school build, that is Robert in the yellow, the young man who could work wonders with our clothes! 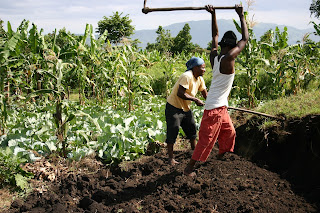 After lunch Angela & John started on a record painting project that they had brought from Portland.  Their daughter Tayliah is spearheading this project and back in Portland she will be selling the painted records that the students complete.  The proceeds will go to the school and will﻿ fund some of the needs the students identified today. 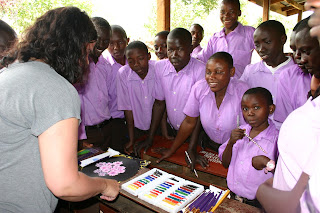 Meanwhile back at the latrines, the first 'tippy tap' has been completed and it works!  Nelson, Rodgers & myself headed to Bwera for more supplies and then on our return the second 'tippy tap' was done.  The records were continuing to be worked on.  I don't think you could pry the students away from this project. 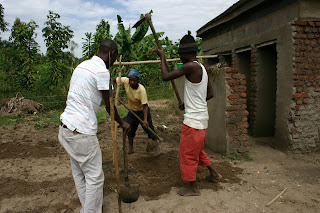 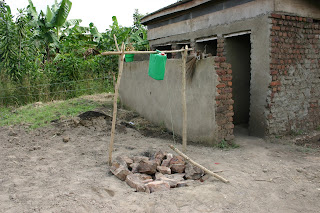 The day ended with a change of plans.  Nelson has been called away to work so we will not see him on the final day.  Part of his job as a park warden is to be the liaison between the communities that live in the park and the Uganda Wildlife Association (UWA).  A lion in Queen Elizabeth Park has killed one of the villagers and Nelson needs to leave to speak with the community members and work with them through this terrible time.