The best way to spend a last day at a school is to see the students happy, active and just being kids.  A group of students from Camosun College’s Service Learning Program had a garage sale in Victoria last week and donated the proceeds to PODA.  Today I was able to get two soccer balls, two volleyballs and a net for the school.  They love playing both of these sports….and so do the teachers. 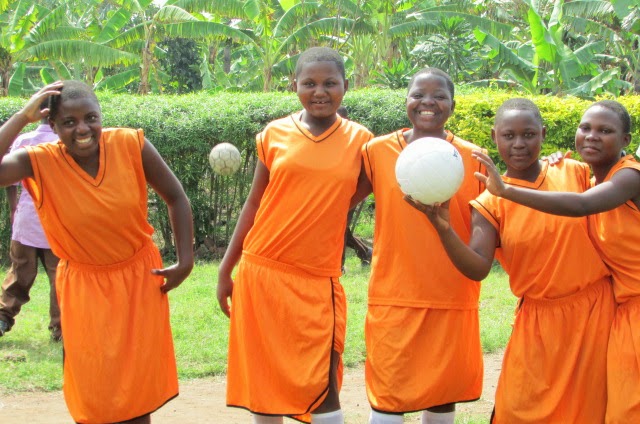 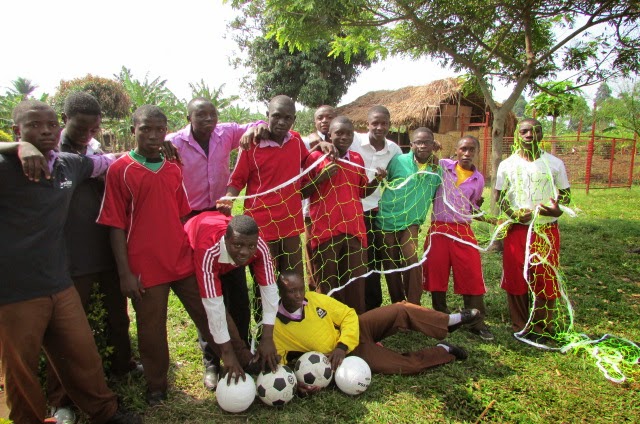 It was a beautiful day with several games going on in the school yard, under the overhang of the two-classroom building students continued to make baskets while others were helping with the sewing.  It reminded me of a school fun day in Canada. 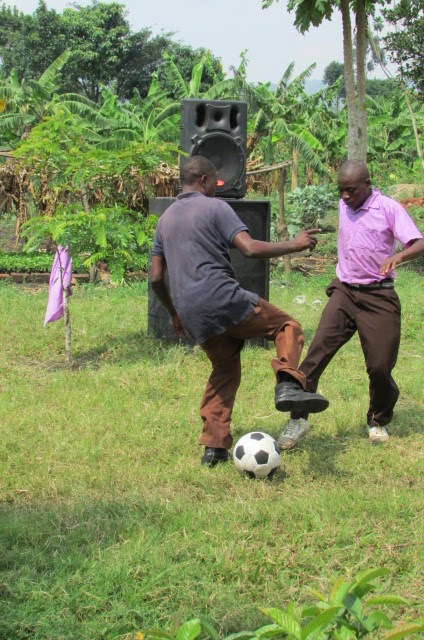 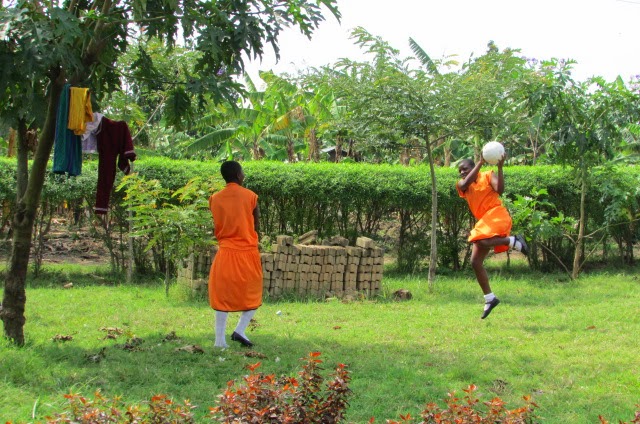 There was a break for lunch where there were some formal thanks given to PODA from the local Mayor, the regional representative, Chair of the PTA and from the COBRA organization.  Enough of the formalities, it is time to get back outside.


It was an hour or so of entertainment.  Nelson and the students performed as well as some of the local cultural dancers.  It was great to see members of the community drop by, especially all the small children. 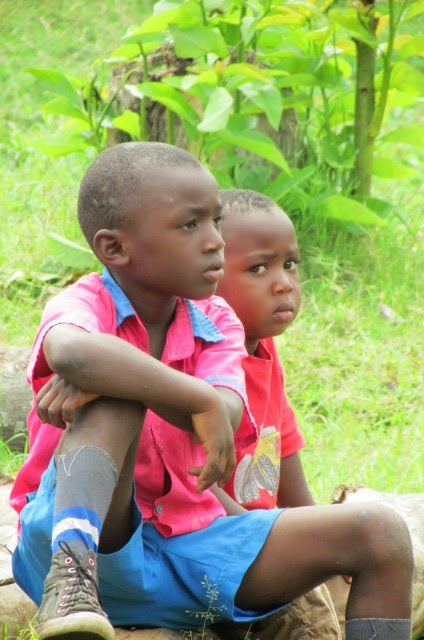 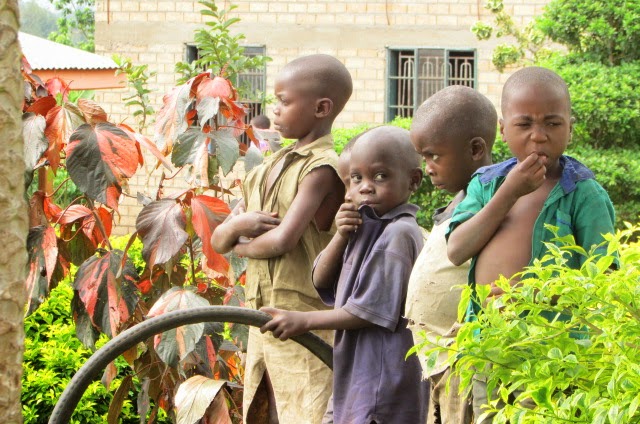 The day ended but not before Nelson had to rush off.  I don't want to end this post on a sad or serious note but it is the reality of their life here.  His son Nellie, whom you met in yesterday's post has contracted malaria and is in the hospital.  What it brought home is that parents, wherever they are from, want the best for their children.  Nellie is going to be fine.  This tough little three year old has unfortunately had malaria before.
Posted by Bwera Bound at 6:27 PM