Head for the Hills

Today was a day away from the school and a chance to visit the villages surrounding Bwera where the COBRA members come from.  It was a hot one – somewhere around 32 degrees.


There currently are eight villages that are actively participating in COBRA.  I may have neglected to mention that COBRA is the local organization that PODA is partnering with for this project.  Some of the villages border the Congo.
The villages are:  Busalya, Kamatsuku, Nyakahya, Nyabugando, Katasenda, Kyampara, Tuyalomdere and Kisanga.
I spent some time today with Nelson & Wilson and we have put together a map of the area so we can now locate these small villages on a map.  The first village we visited, Katasenda, there were two funerals happening that day.  One was for an elder in the village and the other a young mother who had died a few days after childbirth.  It was not appropriate for us to be touring about so respectively we moved on to the next village. 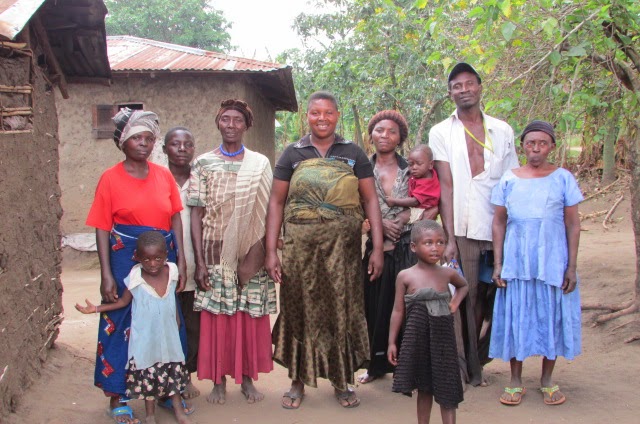 This community, Kisanga, is very active and very well managed.  Like any project there are villages that are thriving and some that are closer to just surviving.  This community was so welcoming and they took me around to meet all their members, their extended families, and their goats.  They showed me their gardens, their pigs, their fowl and their cocoa trees.
They had already heard about the water bottle lighting idea and showed us buildings they wanted to light up.  Even on a very bright day like today, the inside of these buildings were totally dark.
By mid-afternoon we were back at Nelson’s house where he hosted me for lunch.  I got to meet his son Nellie who is now three.  Nelson said that I am the first Muzungu or white person he has seen.  At first he was very shy but by the time I left he was talking to me and always trying to get my attention.  He was also intrigued by my glasses! 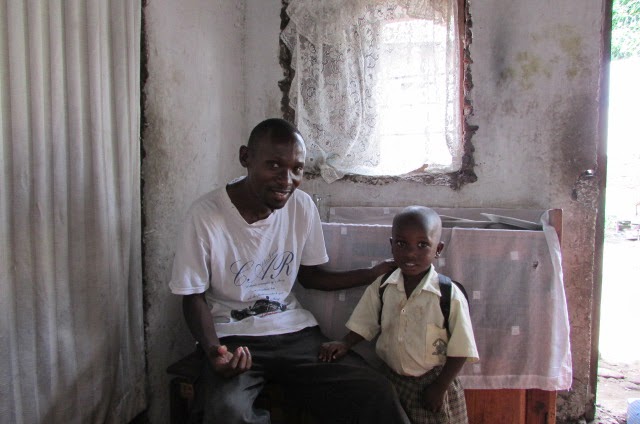 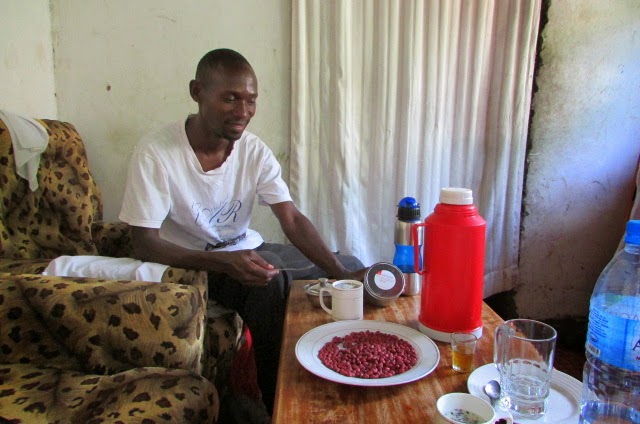