The day was to begin with sewing but Loice had to attend a funeral, next on the list was a school maintenance plan but the Head Teacher had to attend a different funeral.  They have very large extended families so this is not uncommon.  Instead off we went in search of the cocoa tree.  Within one or two kilometres of the school we found several trees.  We met with a women who has been widowed and I have was able to buy some beans from her to bring back to Canada.  I warned you I would be talking about chocolate. 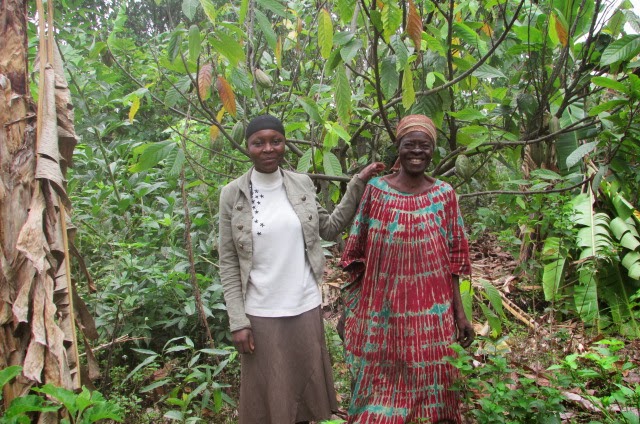 We also took a couple of fresh pods back with us.  We are planting some seeds at the school garden and will also plant some at the apiary (that would be the royal we). 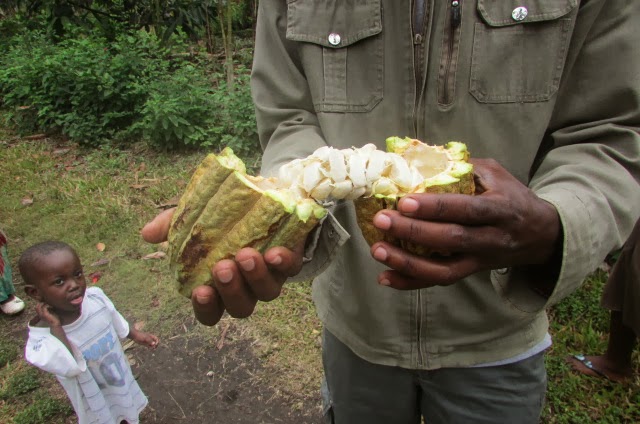 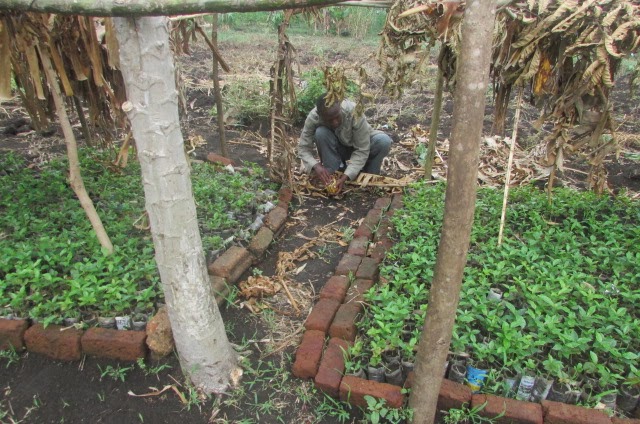 It was a beautiful overcast ‘just the right temperature’ morning.  These crazy yellow birds just pop out of the underbrush. 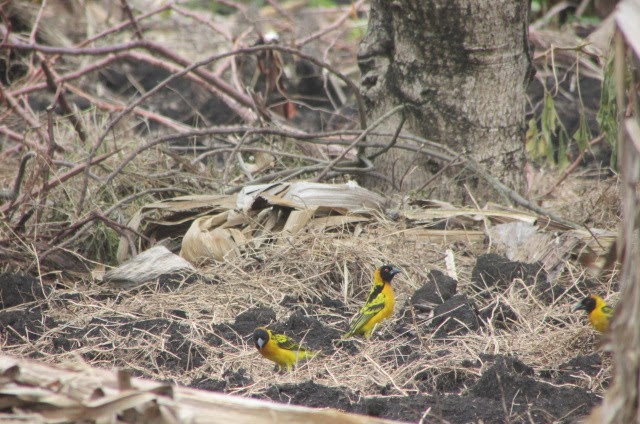 We were back at the school in time for a tea break before heading off to the apiary.  We hit a major rain storm just as we were ready to hike into the apiary.  A porch of a house became our home for an hour as we waited for it to pass.  It was a short walk to the hillside where the apiary is located.  They have 22 active hives and have 22 more hives that need some repair. 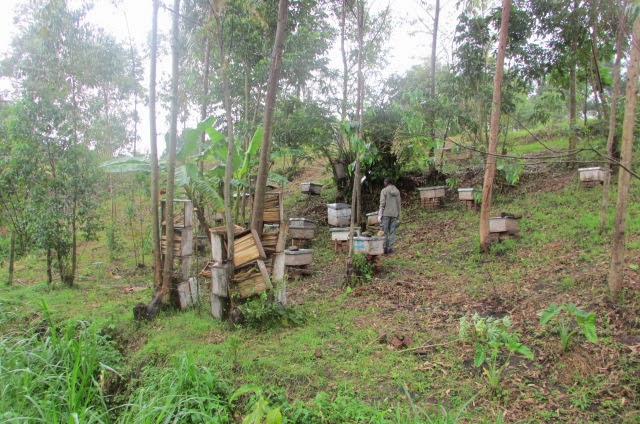 A palm frond became a makeshift umbrella as the rain had not quite subsided.  Nelson harvested a few combs and we were treated to some amazing honey.  It didn't take long for the local kids to come by for a taste.  They got the end combs that don't produce as much. 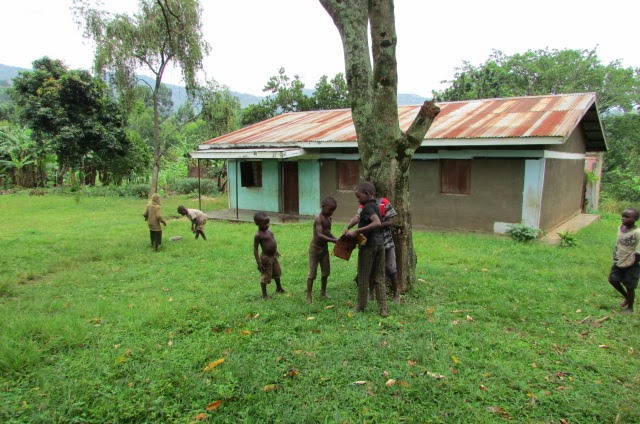